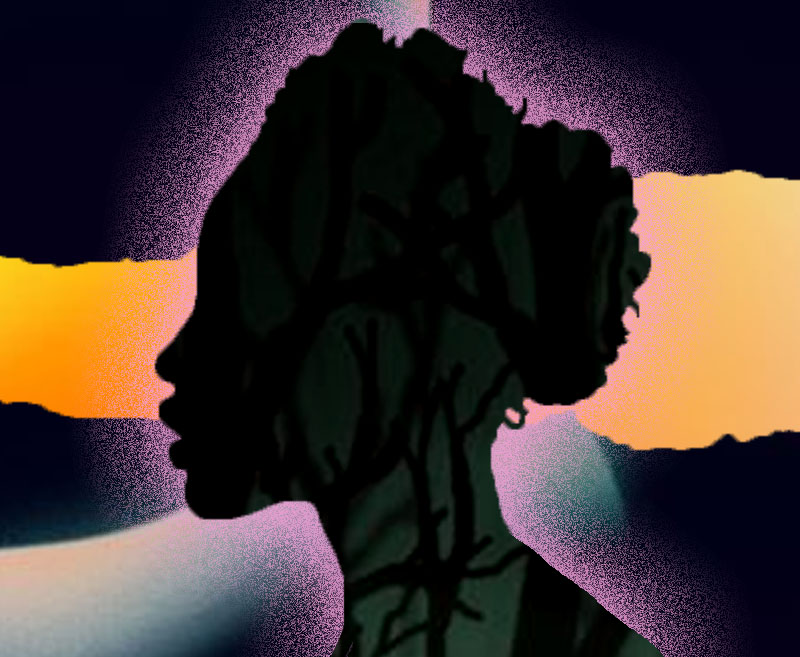 Since the Coronavirus (COVID-19) pandemic erupted across the world stage just over a year ago, we have seen how health systems have been stretched, communities have been broken, and so many of our most vulnerable members of society become even more vulnerable.

Although IPV falls under the umbrella of DV, IPV is different as it can only occur between romantic partners who may or may not live in the same household, whereas DV can be perpetrated by parents, children, siblings, extended family members or even roommates.

Across England and Wales, DV continues to be a growing problem that negatively impacts the lives of many. In 2018, two million adults self-reported being victims of abuse. Of these reports, 1.3 million came from women, and 695,000 came from men [Data from the Crime Survey for England and Wales (CSEW)]. Although DV services exist to support and protect those experiencing abuse, it is likely that many victim-survivors do not access support due to closures and instead continue to suffer in silence and danger at the hand of their abusers.

Lockdown restrictions have meant that those who may have travelled to escape violence and abuse, have unfortunately been stuck at home with their abusers. It can be difficult to notice signs of withdrawal, physical harm or changes in character and behaviour. Victims-survivors may be under increased surveillance both physically and digitally by abusers whilst at home, in addition to the UK Government announcing the release of low-risk offenders from prison, some of whom may be perpetrators of DV or IPV.

Data taken from the Office of National Statistics (ONS) report titled ‘Domestic abuse during the coronavirus (COVID-19) pandemic, England and Wales’ in November 2020 reveals that London’s Metropolitan Police service received an increased number of calls in relation to domestic incidents during and following lockdown restrictions, in addition to an increased demand for access to domestic violence services and support.

It is hard to establish whether the increase in calls and demand for services indicates an increase in the number of victims, however, what has been reported is that the severity of abuse being experienced by victim-survivors has increased, and their opportunities to access safety have been severely restricted. Either way, this data is both shocking and concerning and continues to negatively impact all of those on the receiving end of IPV.

Providing HOPE during the lockdown

Meena Kumari is the founder and director of Helping Other People Everyday (H.O.P.E) Training & Consultancy which offers high-quality training & consultancy in domestic abuse, sexual violence, abuse, and safeguarding. During the lockdown, she has led a coordinated series of virtual conferences over Zoom to provide a platform for victim-survivors, service providers and stakeholders to discuss the challenges of black and minoritised communities accessing and receiving support for DV across the country.

She said “These meetings were developed when grass-root organisations, survivors, activists, and even some policy-makers asked me if I knew of any forum where they could discuss the barriers, issues, and fears experienced by black and minorities communities during COVID-19 around domestic abuse. The meeting is simply a platform; the real voices are those that come on the call: they talk about their experiences, how they want to shift the narrative and the government to listen to grassroots organisations supporting victims.

“I feel I haven’t really done anything other than purchasing a ZOOM account! The survivors and activists on the call are the ones who keep the meetings going. We have to talk about how we can keep Black and Minority Ethnic victims safe; even before the outbreak of COVID-19, access to specialist refuge provision in the UK was severely limited.

“One of the things picked up in the meetings around migrant women have shown us that these victims and survivors spend much longer in insecure, temporary accommodation than other groups. Organisations supporting them in 2020 have been struggling to sustain funding and consolidate services, due to increased hostility towards migrants, refugees, and asylum seekers. Many women from these communities have been forced to go home or face arrest. The community also feels badly let down by the delay in the domestic violence bill, but we are seeing progress now with the launch- we need to ensure the concerns and vulnerabilities of migrant women are addressed.”

In response to the increased levels of domestic violence across the country, a national campaign called UK SAYS NO MORE has been launched in partnership with Royal Mail Group, which provides Online Safe Spaces for victim-survivors to access specialist domestic abuse support services, national helplines, and other resources, all of which can be accessed through a series of untraceable web pages, allowing those in danger to access the help and support they need discreetly. 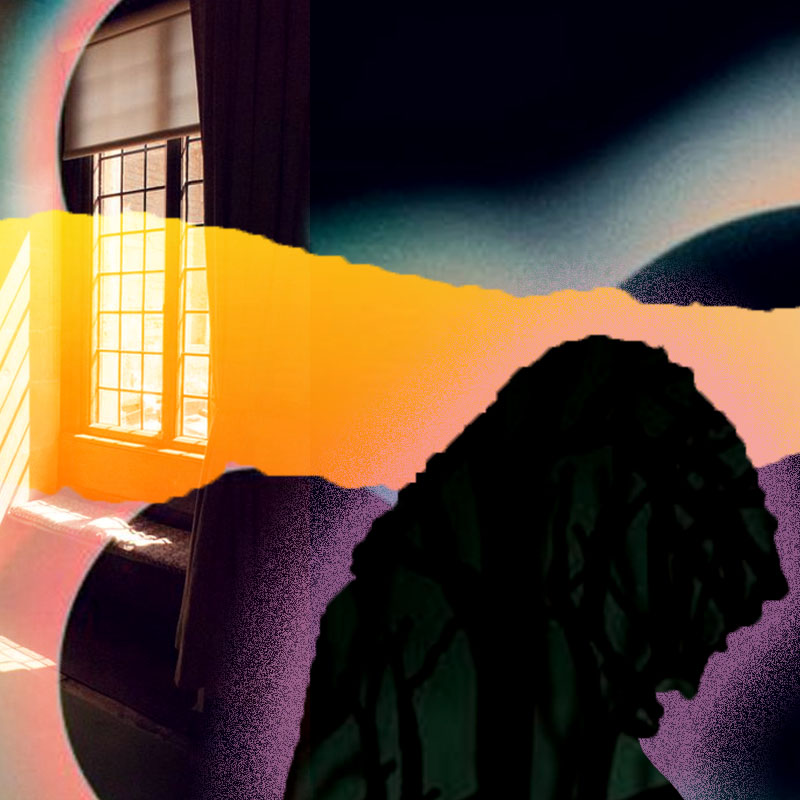 In addition to the online spaces, the campaign has also launched a Safe Spaces campaign which works in partnership with Boots UK, Superdrug pharmacies, Morrison’s pharmacies, and independent pharmacies across the country to provide Safe Spaces in their consultation rooms for people experiencing domestic abuse. These Safe Spaces increase the opportunity for victims-survivors to access specialist support, providing a space for them to phone a helpline, contact a support service, or talk to a friend or family member.

Although this is a step in the right direction, these initiatives may not be as effective in supporting Black and minoritised women who experienced increased risks due to the structural barriers of accessing care.

Lucy, who identifies as a Black female victim-survivor from London, shared her thoughts about the new campaign alongside specific support the government and local organisations should implement to support and protect Black and racialised women experiencing DV.

“From my experience, I believe I was not treated fairly by the system. Even when I made reports about the violence I was experiencing, they were not taking it seriously. Rather than the police dealing with my case, they tried to manipulate me into giving evidence against my partner for other offences, so instead of being treated as a victim, I was treated as a criminal. I’ve heard that this is something other Black women go through often too.

“I’m also very aware of how the police treat Black men, so although I may have experienced violence and trauma, I have the double worry of thinking ok I need to make this report because I’m scared for my life, but if I make this report will the police harm or injure my partner? This shouldn’t be the case. This is often the trauma and worry that stops us from accessing support.

“In the middle of the abuse, you can’t see how badly you are being treated by the authorities, but it can really take its toll on you. I was being threatened by social service for not sending my children to school, but when I did my children’s father would show up and that would create more problems. There was a real lack of awareness of how much moving around to get away from the abuse really impacted me and my children, and today we are still dealing with those scars.

“There is life after being a victim, but it is difficult because the damage has already been done. Before, I would never share what I was going through or speak about what was happening openly about it because I was scared my ex-partner would find me, but now I know my story is valid. I feel talking about the things that have happened is healing for me and helps me to help others who are going through similar things and want support.

“Everything that’s currently happened with Sistah Space in Hackney is a clear example of the lack of investment Black communities experience when it comes to public services. Black victim-survivors need support services that are culturally sensitive and understand their lived experience.

“When I’ve spoken to people about my experience as a Black woman, I have felt patronised and judged, but we shouldn’t fear having to tell services about our experiences and fear the abuse from perpetrators. If I went through this over again, I don’t think I would report anything to the police, but I’m working on setting up a service that offers support and guidance to protect women who look like me, so they don’t have the same problems I did. We just want to be treated equally, listened to and invested in.”

As Lucy mentioned, Sistah Space, Hackney’s only support service for women of African & Caribbean heritage who suffer domestic abuse, has recently been evicted from their premises, despite receiving record demand for support from victim-survivors across the borough. Both the team and their allies are tirelessly campaigning for Hackney Council to provide a suitable, safe alternative location to continue their vital work.

Last month Sistah Space were accepted to take part in a panel meeting with Hackney Council to address their needs as an organisation, all of which can be viewed via youtube. here. 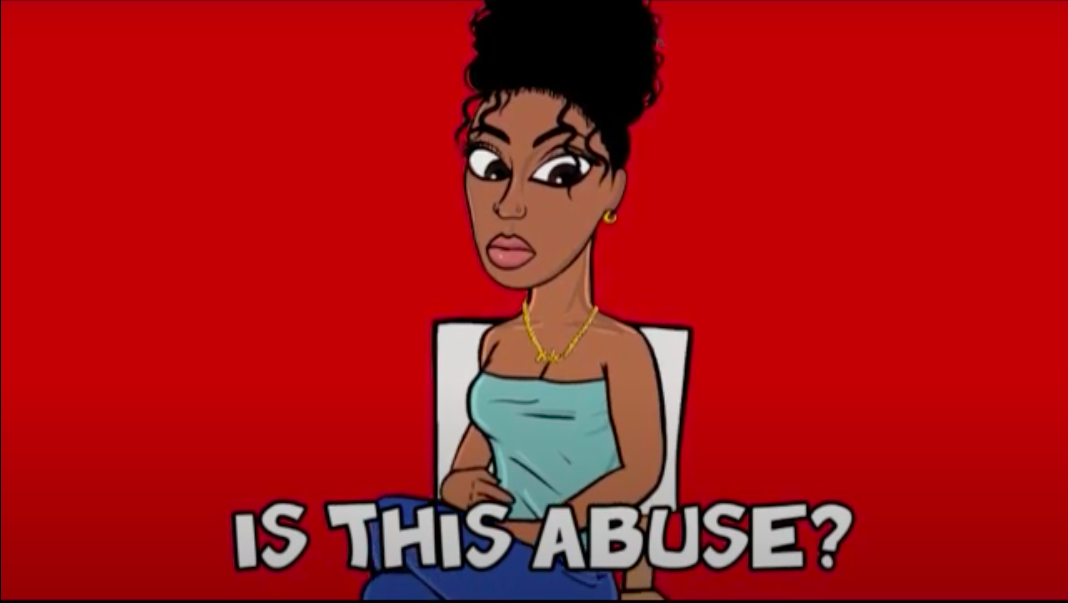 As a Black woman working in the Sexual and Reproductive health arena, I decided to work with a team of creatives to produce a short animation about IPV from the perspective of a young Black female victim-survivor on experiencing IPV. The animation titled “I Know He Loves Me” launched during Sexual Health Week last September which was themed around inclusivity within sexual health and relationship education in line with the UK government’s introduction of mandatory Relationships and Sex Education (RSE) in schools.

Anyone can experience intimate partner violence regardless of their gender, race, age, or ability, however, it is well known that Black and minoritised women can experience increased risks of abuse due to entrenched systems of discrimination and barriers to accessing care and support, some of which include language differences, concerns about confidentiality, and cultural stigmas.

The animation aims to start a much-needed conversation about healthy relationships amongst young people, alongside the need for culturally sensitive and relevant resources for Black and minoritised communities.

It’s important to stress that COVID-19 has not caused domestic abuse; only perpetrators are responsible for their actions. However, the pandemic has escalated the severity of abuse and closed down routes to safety for victim-survivors to access help and support.

Getting help for domestic violence and abuse - NHS

What is Domestic Violence? - The National Domestic Abuse Helpline

Sistah Space Has Helped To Save Many Black Womens’ Lives. Now They Are In Need Of Saving

The COVID-19 vaccine and periods

Where is my prescription going?

Is the test anonymous?

Can I use the pill to delay my period? (which ones)

Can you get pregnant a day before ovulation ?

How long does trichomoniasis last without treatment?

Is there a food that can kill sperm in the woman's uterus?

When can you get pregnant after your period?

Is ureaplasma an STI?